When we discover and make bonded relationships with our totem animals, we have a great responsibility to get involved with protecting those animals on earth. It is an agreement that we have made with the animals. Often times, humans only want to take the teaching wisdom the animal provides and not give back with protecting that animal. Remember your responsibility of your totem mission on earth for the humanity of animals.

Growing up in the countryside, only about 100 feet from the wild forest which was miles and miles wide and deep. I had the opportunity to experience a lot of animal medicine; I was able to watch their characteristics and practice connecting to their medicine. As a child, connecting to the spirit of animals was natural to me and something I was gifted with at birth. I had no idea until I was older, how important that natural awareness would be to me and the earth. Nor did I feel I would be called to work with the animals for humanity with the Earth Mother.

When we listen to the wind through the spirit of medicine, our calling arrives in pure form, not as a purpose but as destiny unfolding for humanity. This often catches us off guard and is different from the expectations we envisioned for walking the earth.

I know that you are wondering, where does the snow leopard come into this experience?

Shortly after I moved to Sedona in October of 2018, I was working through the tail end of my dark night however not knowing it was the tail end because it seemed to be going on forever.

One day while I was deep in the red rock canyons hiking, I heard the voice of the Wolf Norse Goddess Skaoi say, “Find your way to the true north, until you feel the experience of being stopped.” She gave me the vision of a river that was partly iced over with paw prints along a trail leading alongside the river. I felt this was interesting because there was no snow or a river in the direction I was heading. This invoked my curiosity.

I took a trail to the north and followed her vibration inward, after about 2 or 3 miles, I was stopped in my tracks. To my left there was a dried creek from along ago, I followed the rocky dried creek and the vibration started to lead me again. After about 10 minutes I was stopped again, and I sat down on a rock under a tree. It was a moment of feeling in an altered state through my body, third eye, and heart. I looked up to see a very large, nature spiral traveling toward me and as it floated closer to me in the center there was a veil. I could see and feel the veil unfolding. When I looked inside of the experience, I saw a natural snowy trail leading through the forest outside of the trail it was summer. As I focused more on the trail, I found myself standing on that snowy trail and began to walk until I found myself at the edge of a river. The river too was snowy and slightly iced over. I sat on a stump and enjoyed the orchestra like sounds of the magical forest of the north.

I noticed down on the trail, big paw tracks starting to appear in the snow, and they were walking toward me. When the tracks arrived about 15 feet from me, a snow leopard appeared. The eyes of the leopard were pure, compassionate, loving, and icy blue. The leopard sat in front of me.

Snow Leopard’s message to me was: “I am the shaman elder you have requested, and I have been waiting for you for centuries to be in this place of your soul. This has been a time of death for you and most everything you have experienced is complete and activated into your soul as a spiral of frequency. Although everything on earth is a dream, and only a vision. You are initiating now into the illumination of your true north journey for the earth and its unfolding. This will not be an easy journey, for the earth is in an energetic war with itself for transition of the change of the emerging of earth and soul spirit together as one multi-spiral experience. You have become that spiral. Your shamanic walking role is to allow that spiral to travel through you to connect other souls to humanity with the guides of presence and stillness.  I will return to you soon. Experience the transition that has unfolded in our time together.”

I found myself back in the red rock canyons, sitting on the rock from where I started. My body felt light, healed, and full of energy. I felt as if I had 200 years of wisdom and knowledge downloaded through me, like a memory. It was as if I embodied the snow leopard’s wisdom and ways in that short time. It is never what is said that matters, it is the experience that transitions through the wisdom of presence and stillness.

Snow leopard always helps us through making choices from a place of presence and stillness. The snow leopard is all about ‘stillness timing’ of the heart, soul, and the medicine wheel of the snow forest. The message is always, walk lightly on the snow of the arctic north to embody your wisdom of the north destiny. Be the silent wayshower through your soul as you walk the earth. 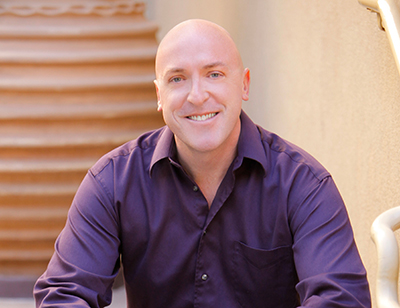